Highlighted in Table A are key worldwide trends across all pre-owned aircraft market sectors, comparing December 2016 to December 2015, as well as 2016 year-end and comparisons to 2015.

Most market sectors are showing lower inventory for sale, with fewer full-sale transactions in 2016 compared to 2015.

The Fleet For Sale percentages for all market sectors, except for Piston Helicopters, were lower in the December comparisons, with Business Jets and Business Turboprops down the most (.5 and .7 percentage points, respectively).

Across all market sectors, JETNET is reporting 8,278 Full Retail Sale Transactions, including leases, for 2016. Last year, this number was 8,900, a decrease of 622—or 7%—transactions. Business Jets were almost 2,500 transactions in 2016, and when combined with Commercial Airliners at 1,882 transactions, accounted for 52% of the total of 8,278 transactions recorded in 2016.

As demonstrated by Chart A, the 11% fleet “For Sale” in 2016 falls within the pre-recession range of business jets “For Sale”, and is no longer regarded as being a high inventory level relative to the number of business jets in operation.

Having reviewed the market going back to 2005, the global business jet inventory has not dipped below 10%, which as a rule of thumb has traditionally separated buyer’s and seller’s markets based on supply and demand. (Of course, the 10% rule of thumb applies on a model-by-model level, too.)

Will we see a seller’s market (below 10%) in 2017? For that to occur, there would need to be a reduction of more than 200 business jets “For Sale”, or a similar reduction in the number of business jets in operation (which could be obtained by aircraft being retired). 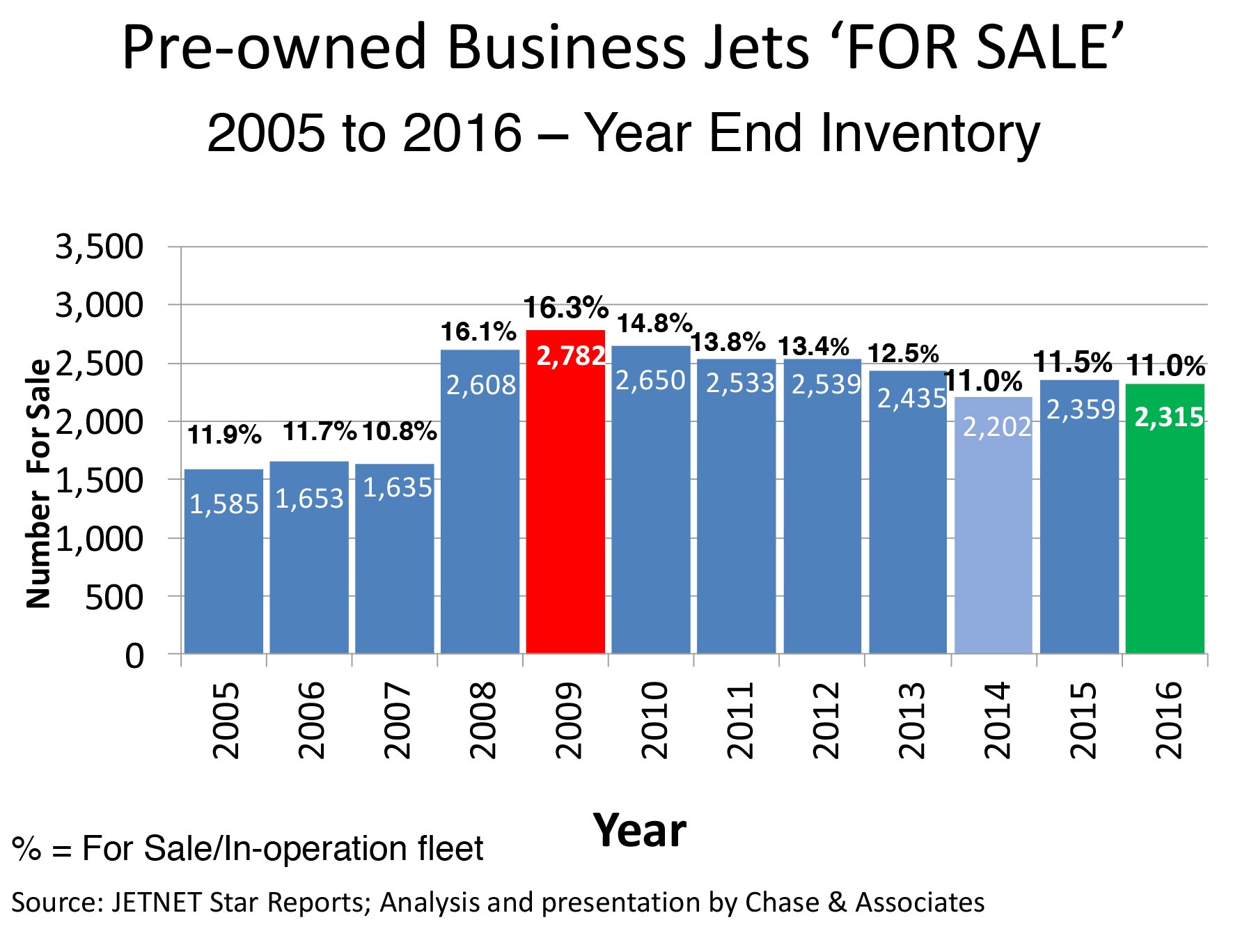 2016 Full Retail Sale transactions, including leases (recorded as of January 30, 2017), dropped to 2,442, or -7.3%, ending six consecutive years of increases, as shown in Chart B. This is perhaps a sign that the pre-owned market is changing direction, with higher inventories for sale, and fewer sales. The drop is 193 fewer business jet transactions, compared to 2015. As noted previously, all market sectors showed fewer Full Retail Sale transactions, including leases, in 2016 compared to 2015, except for Business Turboprops, which increased slightly (by 0.2%). 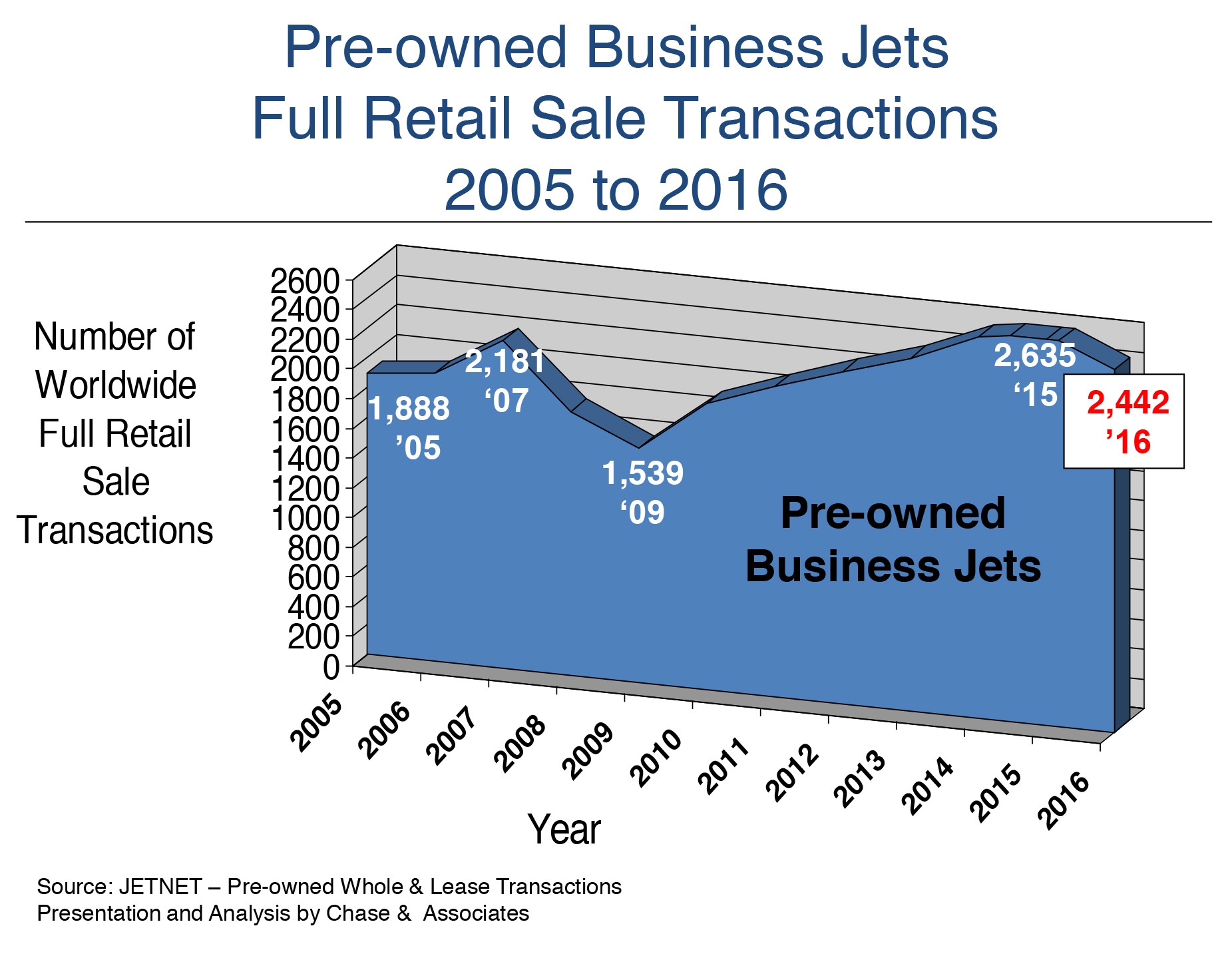 The recovery in business aviation during the post-recession period has been underwhelming. Now that 2017 is here, we hope the U.S. Pre-Owned market, along with improvements in the world economy, will continue to push more new aircraft purchases in the new year. As for now, it continues to be a buyer’s market environment, with Pre-Owned For Sale inventories running at 11%.